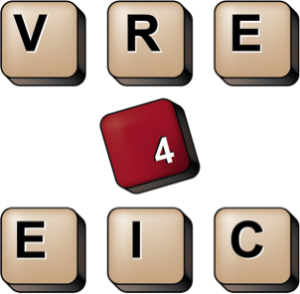 Launched in 2015, VRE4EIC is now releasing its first results, such as the e-VRE (standing for an enhanced Virtual Research Environment) Reference Architecture (available from www.vre4eic.eu) and initial component software building blocks for the e-VRE.

In Rome, VRE4EIC strengthened its links with the EPOS and ENVRIplus projects, that are implementing interoperable research infrastructures. The meeting included a session devoted to training representatives from those projects in the capabilities of VRE4EIC now and (with mock-ups and discussions) planned. Furthermore, a roadmap was discussed between VRE4EIC and EPOS for setting up the relationship between the EPOS ICS (Integrated Core Services – essentially a system to access assets of the Thematic Core Services and maintained by 10 Europe-wide domain groups such as seismology, volcanology…) and VRE4EIC involving considerations of the user interface and APIs of e-VRE. The meeting concluded in discussing future implementation plans of ENVRIplus and EPOS, including integration under the aegis of VRE4EIC.

According to Keith Jeffery (ERCIM), Scientific Coordinator of the VRE4EIC project, “The week was a great success with much integration of both existing products and future plans leading towards smooth interoperation of EPOS and ENVRIplus with VRE4EIC”.

VRE4EIC intends to change the life of 70.000 European researchers, by providing them supporting tools for collaborative, multi-disciplinary data-driven science, as needed to tackle critical societal challenges such as climate change and energy sustainability.

e-VRE is the project software outcome, that will be available under an open source software license for maximum uptake and community building.

VRE4EIC is a 3-year Horizon 2020 research & innovation action (EINFRA-9-2015) coordinated by ERCIM and carried out with partners from The Netherlands (CWI, TU Delft, EuroCRIS and UvA), Italy (CNR and INGV) and Greece (FORTH). VRE4EIC stands for a Europe-wide interoperable Virtual Research Environment to Empower multidisciplinary research communities and accelerate Innovation and Collaboration. VRE4EIC is a 4,37m€ investment that has received funding from the European Union’s Horizon 2020 research and innovation programme under grant agreement No 676247.

e-VRE designates the technology that will result from the VRE4EIC project.

VRE4EIC develops a reference architecture and software components for VREs (Virtual Research Environments). This e-VRE bridges across existing e-RIs (e-Research Infrastructures) such as EPOS and ENVRIplus, both represented in the project, themselves supported by e-Is (e-Infrastructures) such as GEANT, EUDAT, PRACE, EGI, OpenAIRE. The e-VRE provides a comfortable homogeneous interface for users by virtualising access to the heterogeneous datasets, software services, resources of the e-RIs and also provides collaboration/communication facilities for users to improve research communication. Finally it provides access to research management /administrative facilities so that the end-user has a complete research environment.

EPOS, the European Plate Observing System, is a long-term plan to facilitate integrated use of data, data products, and facilities from distributed research infrastructures for solid Earth science in Europe. EPOS brings together Earth scientists, national research infrastructures, ICT experts, decision makers, and public to develop new concepts and tools for accurate, durable, and sustainable answers to societal questions concerning geo-hazards and those geodynamic phenomena (including geo-resources) relevant to the environment and human welfare.

ERCIM – the European Research Consortium for Informatics and Mathematics – aims to foster collaborative initiatives within the European research community and to increase co-operation with European industry. Leading European research institutes are members of ERCIM. ERCIM is based in Sophia Antipolis, France.